Are you ready to start making a stronger first impression? Learn beauty and fashion tips for improving your sense of style.

The cowboy hat is an iconic piece of American fashion. There are many different aspects of American culture that have popularized this fashion item. Wearing a cowboy hat comes with a lot of symbolism and American history that the wearer should be aware of.

The Image Of The Cowboy

When one thinks of the cowboy hat, the mind immediately conjures up images of the "Old West". These images evoke the idea of a quintessential American; a person full of independence, adventure, spirit, and of one who is willing to work hard for good fortune. Cowboy hats have persevered as an iconic fashion that is also functional for many reasons. Cowboy hats are an enduring part of American culture; they are also one of the last quality products that are actually made in the United States. The history and symbolism behind these classic western hats are as fascinating and enduring as the hat itself.

The Invention Of Cowboy Hat

John Stetson is considered the father of the cowboy hat. Stetson was the son of a hat maker and learned the trade from his father. Stetson invented a wide brim hat to wear on a trip to the Colorado mountains and found that everyone he met on his travels was interested in purchasing a hat like his own. In 1865, he set up shop in a small, rented room and went about making more of the hat that everyone had been raving about. He used a mix of animal pelts for durability and gave the hats a wide brim to keep the sun off of customers' faces. It only took a year for his hats to become a huge hit among men who worked the land or spent a lot of time outdoors. 150 years later, the cowboy hat has evolved to suit the needs of ranchmen and businessmen alike.

The Cowboy Hat In Popular Culture

Western novels appeared on the scene in the early 1820's. The genre became quite popular by the early 1900's. With the inventions of movies and television, Westerns moved onto the Silver Screen in the 1930's and onto television by the 1940's. By this time, the cowboy hat was rooted heavily in the archetype of the strong, solitary cowboy; a man who was up for adventure and was wild at heart. During the two World Wars and the Depression, the cowboy was a symbol of strength and American pride. Westerns gave people a chance to escape to another time and place, before Americans had been thrown into so much turmoil.

During the depression, country music took on the mythology that western novels had to offer. The symbol of the hard working man who was down on his luck began to permeate the genre. Country music, like Westerns, also embody the notion of the ideal American man. Strong, loyal to his country, and an individual full of spirit. 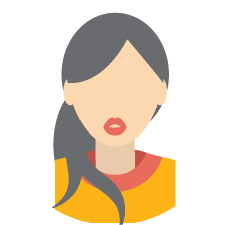 I have never been a big fan of trendy dressing, which is why I stopped shopping for nice, new clothes over a year ago. Instead of focusing on how I was going to look, I mostly paid attention to how warm I was and how comfortable I was. Unfortunately, this didn't do much for the first impression that I had with people, which was disappointing. I realized that I needed to update my look, so I started investing in better looking clothing. This blog is all about creating a better impression and learning to love your new style--even if you don't have a lot of style-sense.